As if we needed another reason to lose sleep at night. Contrary to what researchers previously believed, bed bugs, the parasitic insects that feast on our blood after we bed down, are ‘Freeze-Intolerant’ Bed Bugs Can Survive Subzero Temperatures For Days, meaning that exposure to subzero conditions may not be a viable option for eliminating them from our bedrooms.

According to University Herald, a new study published in the Journal of Economic Entomology found that bed bugs can survive temperatures as low as 3 degrees Fahrenheit (-16 degrees Celsius) for up to three days’ time.

For the study, researchers recorded what temperatures led to 100 percent mortality of all life stages of bed bugs. They discovered that it would take 80 hours to kill all bed bugs at 3 degrees Fahrenheit and 48 hours to destroy them at -4 degrees Fahrenheit. In other words, sticking your infected sheets and clothes in the freezer won’t really work, at least in the long term, unless you can replicate these conditions.

According to the study, the bug’s high cold tolerance is attributed to its use of a “freeze-intolerant” strategy, meaning the parasitic pest can actually lower the freezing point of its bodily fluids when faced with harsh conditions.

The news comes at a time when major cities around the globe have seen a resurgence in bed bug infestations. “Although the presence of bed bugs has traditionally been seen as a problem in developing countries, it has recently been spreading rapidly in parts of the United States, Canada, the United Kingdom, and other parts of Europe,” the U.S. Centers for Disease Control and Prevention, or CDC, noted. 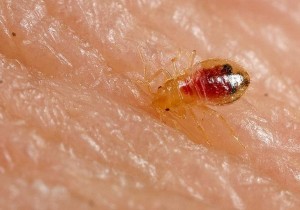 Fortunately, the bugs are not known to carry diseases, but they do leave an irritating and itchy rash on their victims. They’re also incredibly hard to eradicate.

To treat bedbugs, the CDC recommends hiring a professional exterminator who will probably use an insecticide spray to kill the bugs in your home or apartment. The best way to treat bed bugs is to catch them early. Look for signs of bed bugs in your home. If you see dark spots on your sheets about the size of the period at the end of this sentence, that could be bed bug excrement. Also look for small blood stains on your sheets caused by crushed bed bugs.

Put Your Pest To Rest!

As Seen on TV

Get a 10% discount on your next service call.

10% Off
Book an Inspection Now!